LAKS is an acronym for LandesArbeitsgemeinschaft der Kulturinitiativen und Soziokulturellen Zentren (association for cultural initiatives and sociocultural centres) located in the state of Baden-Württemberg, Germany.
The LAKS was founded in 1982 and gathers 74 sociocultural centres, which all are independent organisations from all over Baden-Württemberg.
They can be found in both rural and urban areas and they offer a wide range of interdisciplinary cultural events from theatre to movies, dance to workshops, not forgetting exhibitions. They offer many opportunities to take part in cultural activities, thereby fostering democracy, centred upon one essential idea: culture from everybody for everybody.

The LAKS supports its member centres and connects them to each other. It advises them as well on organizational, financial and administrative matters.
Every grant applications to the state are processed yearly by the LAKS. It then publishes a recommendation paper about the allocation of state funds on behalf of the Ministry of Sciences, Research, and the Arts.
Besides, the LAKS conducts interviews with national administrations and politicians in charge of cultural and educational policies and subsequently advises its member centres on sociocultural matters in accordance with the political and administrative bodies.
Taking an active part in public and political debates like cultural education at school, cross-cultural opening of culture and inclusion is another mission of the LAKS. For this purpose, it attends national working groups. It then gives feedback and impulses about the results of these discussions to the sociocultural centres.

The LAKS is supported by the: 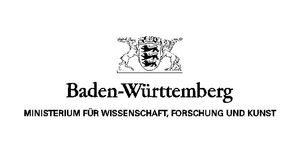 Four guidelines conveyed by the sociocultural centres in Baden-Württemberg

Sociocultural centres emerge thanks to civic involvement and satisfy the need for culture. They are decentralised; hence, they are to be found in the cities as well as in rural areas.


Sociocultural centres are responsible bodies; they enable participation and independence, both of which are the prerequisites to create a civil society.


The concept of artistic diversity in the sociocultural centres includes an interdisciplinary programme paired with the support of new formats, artists and genres. This paves the way for discoveries, experiences and the shaping of an open society.


The social relevance of sociocultural centres means that they make it possible for everyone to participate and shape culture. Thus, they can experience a direct-democratic togetherness and push forward socio-political issues.

Sociocultural organisations base their work in accordance with the following principles:

Sociocultural organisations differentiate themselves from conventional cultural organisations by their self-management, their multidisciplinary work goals and the multifunctional use of their premises. One can arrange them as desired: either as an event hall for concerts, theatre, movies, readings, lectures or debates. They may be used as well as a rehearsal or course room, a room for support groups, an office, administration and technical staff, an embedded restaurant or a café. Cultural initiatives, artistic productions and self-governing businesses can be integrated and developed in bigger sociocultural centres.
Sociocultural centres can be very different to one another. However, there is one essential condition: that every sociocultural centre should have a circle of active participants, which would mainly be structured like an association and which would manage the organisation and give it a specific face. For this reason, sociocultural centres are advised not to be run as municipal institutions, neither to adopt the structure of a cultural administration but rather to operate as free responsible bodies.