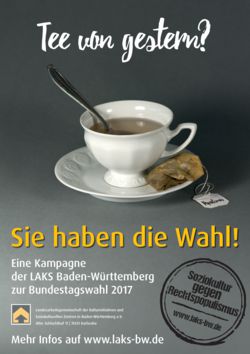 Tea from yesterday? You can choose!

Campaign for the parliamentary elections of 2017

The sociocultural centres in Baden-Württemberg stand against right-wing populism and right-wing violence and call for participation at the next parliamentary elections on September 24:

On the last member assembly, which took place on February 20 in Karlsruhe, the 69 sociocultural centres and initiatives in Baden-Württemberg have decided to speak out against right-wing populism and call for participation at the parliamentary election of 2017. Therefore, many events are being organised, from concerts to debates and we encourage our visitors to take part in the vote and to pronounce themselves against right-wing populism.


If you wish to have more information about this campaign, please have a look at the German version of this website. 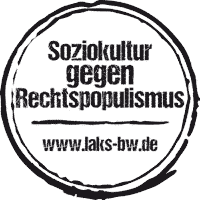